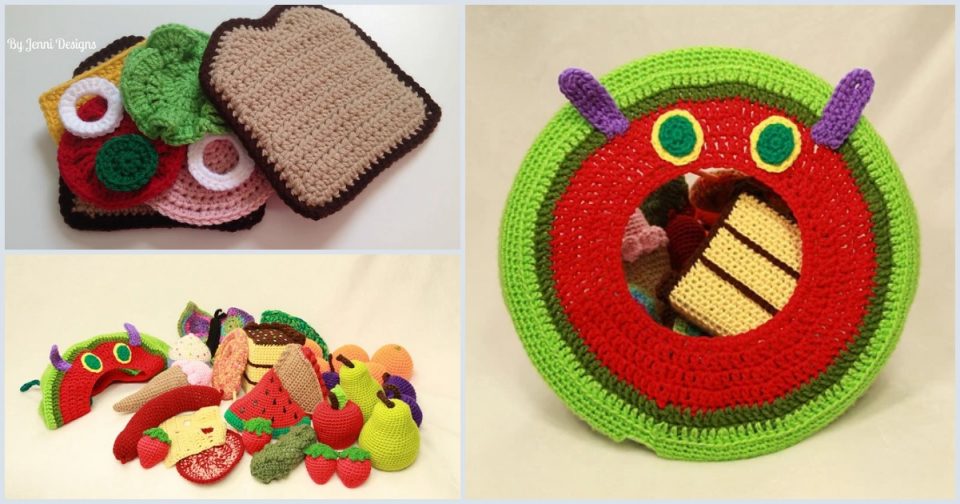 In the spirit of combining hobbies…

While we may have combined crochet and reading, there are other hobbies that we engage in. So, let’s give them some crochet love, in this case let’s crochet for the love of food. After all, so many of us are demons with a hook and yarn, but also whip up a storm in the kitchen. Therefore here are some food-themed crochet projects to put the two together. Indeed, they are so scrumptious that you will want to gobble them up! Of course, they are so wonderful, also because of their versatility as toys, decorations or knickknacks. However, their real value is as play-time sets for the kids to enjoy. After all, who wouldn’t want to encourage their sprogs to eat up their dinner and lunch?

As well as being   example of food themed crochet, the hungry caterpillar is a boook-themed crochet project as well. So, for the love of food and eating all your veggies, crochet up this one for the kids. 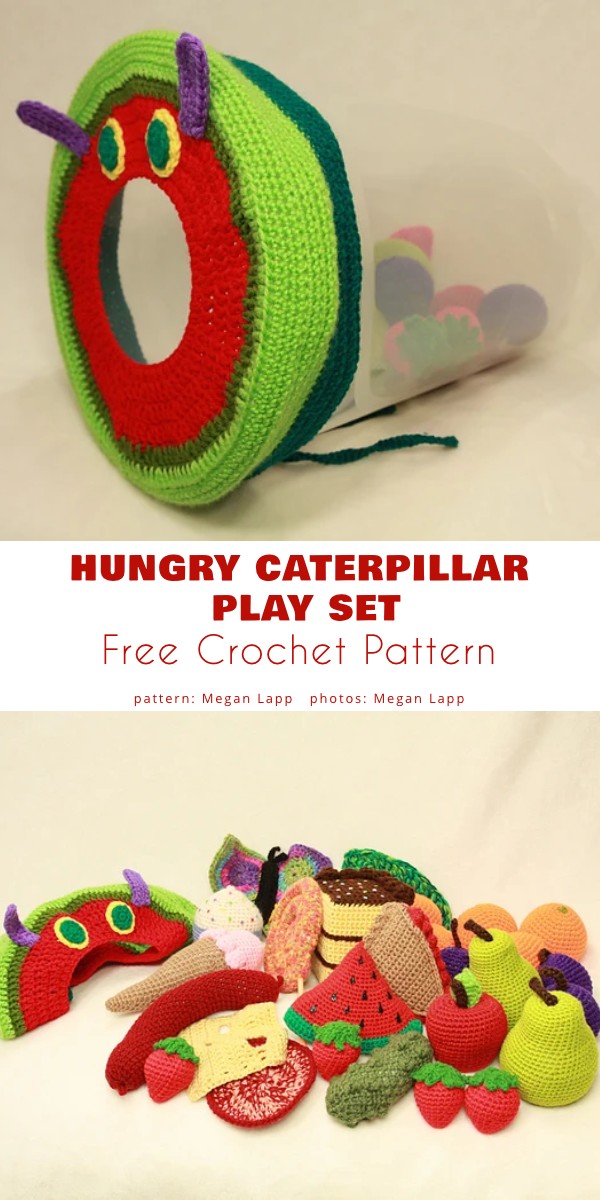 The full tutorial about this pattern you will find on Ravelry:

Of course, we can make food-themed crochet playsets in a more realistic way. For example, here is a bologna sandwich set that will be a beautiful and tasty addition to your kids’ playtime. For the love of food, include it in your kids’ imaginations.

The full tutorial about this pattern you will find on By Jenni Designs blog:

More info about project photographed you can find on Ravelry..

Love this idea!!! My daughter has taught 3rd grade for 7 years now and in the fall she’s moving to Kindergarten. I’m making one of these for her class. Her favorite book when she was little was the Hungry Hungry Caterpillar.